Around 30 million people from all over the world visit japan every year but most of you miss the real Japanese street,Tokyo.So here we are.
Since we want this article to be read widely ,We don’t use complicated English expressions.

Crime families in Japan.well organized. Yakuza organizations are not like companies just friendship club/society. Yakuza members don’t get paid their salaries by syndicates,they have to earn their own money by individuals.

Broyoku=violent  Dan=group.
Yakuza is a slung like “Gangsta” so Police enforcement ,and media by request of the police, call them Boryokudan in official occasions/report. Designated Yakuza Groups ,”Shitei Boryokudan” are Yakuza families which have certain amount of members,power and harmful to society. Registered by the Public Safety Commissions under the Organized Crime Countermeasures Law  in 1991.There are 24  designated Yakuza Groups in Japan in 2018,15900 active members which is 94.6% of all Yakuzas.  Most of Yakuzas are belong to Designated families.

The biggest family Yamaguchi-gumi family has history of more than 100 years. Have branches all over Japan and have 4700 active members. Sumiyohsikai 2900 ,Inagawakai 2300.These 3 big families controlling Yakuza world.

YAMAGUCHIGUMI FAMILY CONFLICT
3 years ago,the biggest Japanese Yakuza Family Yamaguchi-gumi spread into 3 groups.Yamaguchi gumi,Kobe Yamaguchi gumi and Ninkyo Yamaguchi gumi. It was basically because the biggest boss the godfather Shinobu Tsukasa made long-time empire and their “kids” couldn’t stand for his way to run administration.  They are still fighting to each other.

What is the benefit of joining Yakuza

Members pay membership fees to their bosses and their bosses pay to their big bosses and all the money sucked up by godfather in headquarter. As they maintain their memberships,they can take advantage of their family names in negotiation against other families,in other words,they are Backed Up by their families.When they have trouble in business,they can say “I’m the member of XXXX Family.If you mess with me,you mess with my whole family “.

Ya=8 Ku=9 Za=3
It’s a losing combination of Japanese Card game “Hanafuda” which has the rule of mixture Baccarat and Black Jack.
First figure of sum is the points.8+9+3=20 you get 0 point and the Ya/ku/za is loser and pointless people.
But Yakuzas themselves say that they have balls to pick up the third card even if they might lose the game.

Yakuza is not secret society

Ymaguchigumi headquarter in Kobe city
Italian mafias,Chinese Triads,Mexican drug Cartels,usually gang group/criminal organizations around the world are secret society.To your surprise, Japanese Yakuza has offices in the middle of the towns and even have signs on their buildings like “Tanaka Family Headquarter”.Japanese police also recognize their existence officially and put big families list on their website.Some say it’s unlawful others say i’t better to be able to find where they are.

Yakuzas love tattoos so much some wear all over their bodies.The wear tigers,samurais,carps.Since the Anti-Yakuza law are so strong that they can’t say “Hey I’m gangster” to anyone,so they show their tattoos to people to let them know that they are gangster and threat people.In Japan wearing tattoo is still a big deal.Not recognized as the part of fashion,it’s for Yakuzas. If kids want to wear tattoos,their parents would say “Are you going to be Yakuza”?.

Japanese government bans any kinds of gambling.There are no legal Casino houses in Japan. Yakuzas run them in town.It used be real casino house with real human dealers but these days most of them turned into internet casinos. Be careful, if police force break into the casinos,not only gangsters arrested,you customers/visitors will be arrested. 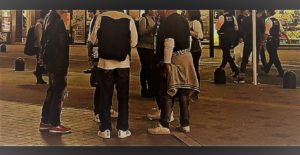 Like Kabukicho in Shinjuku heart of  Tokyo, Yakuzas have their territories for a long time.People who run businesses in their areas have  been paying protection money to Yakuzas. It’s been like buying permission to do  businesses.
Japnese law against Yakuzas criminal activities banning to collect that kind of money and also paying them.Nowadays some bars with ladies and sex industries pay some for them but restaurant or bars stopped paying.

Yakuza crime family don’t allowed to do drug Business,yet most of them do. Japanese illegal drug market is extremely small compare to other countries such as United states.We don’t see drug dealers on the streets,drugs are special things for gangsters and people around them.
If drug culture spread like America,government would try very hard to stop it but since number of people who use drugs are very small so they don’t work that much hard.
“Let them do”

Yakuzas used to make money with blackmailing big companies.Not any more.Still they threaten people but people who get in that kind of trouble are mostly doing business with Yakuzas or other kind of  illegitimate business.Again police force don’t work so hard on that kind of inside conflict. 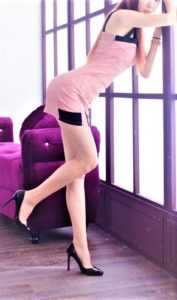 Japanese government has Entertainment and Amusement Trades Control Act that includes sexual industries. You may surprise,in Japan,Sexual services = FUUZOKU are legal as long as they don’t give real SEX.Oral sex,hand jobs are OK.Most of these shops and companies are run by Yakuzas or their owners pay a lot of Protection money.

Street hookers?
Japan used to have street hookers but they all gone.some Chinese massage women walking around the streets but they are not exactly prositutes,they just give you real massage and do some hand job if you pay extra. 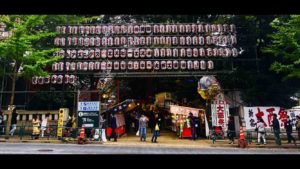 Tekiya is street vendors  like hot dog stand on the streets.Most of them sell foods like Takoyaki(salty pancake with octopus inside),Yakisoba(fired noodle),fried chickens others sell T-shirts,toys,watches.They make a lot of money on festival at temples and shrines.Some  tekiyas are really Yakuza member,others are just Tekiya but they pay protection money to Yakuzas. 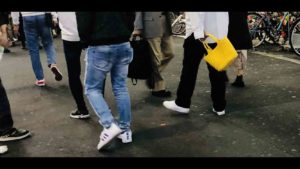 It was very common business for yakuzas. they asked by Companies or individuals to collect money from the people who don’t pay their debts.Simple job just visit their office or houses and threaten.
Now it’s very risky thing to do for Yakuzas. So easilycaught by the police.Yakuzas still doing debt collecting,mostly from other yakuzas or people who runs illegal business and can’t run into police. 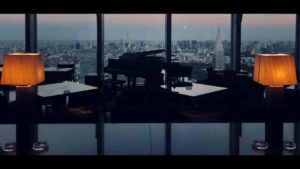 usually run by wives or other real family members.Legal business.Sometimes they force to visit and spend money on their places.

Could be the biggest amount of their way of living.Yakuza members doing LEGITIMATE jobs. Yakuzas are not companies .They never paid their  salary.Some smart-bad members find their way to make big money in illegal way yet most of them can’t find job and work like everybody else.taxi driver,restaurant employees.be careful,they are everywhere.